According to the officials, the fire broke out in the attic of one of the buildings. 19 people were displaced by the fire.

Alencia Peay lives a few meters from the source of the fire and said the smoke was so thick on Monday night that she could smell it even with the door closed.

“The smell was so overwhelming that I thought we had to hurry up and close the door,” she told 8News Tuesday. “It was strong. It was very, very strong. “

The fire brigade arrived at the scene at 6:32 p.m., just a few minutes after the first call about the fire and at 7:15 p.m. the fire was completely extinguished. It was classified as a two-alarm fire.

“It’s an unbelief because you don’t believe something like this is going to happen,” said Peay. “And my first reaction was, I hope whoever is over there they got out and nobody got hurt.”

No one was injured in the incident, officials said.

Servpro crews were on site on Tuesday to repair the damage after the fire left a gaping hole in the roof and a demolished side wall. 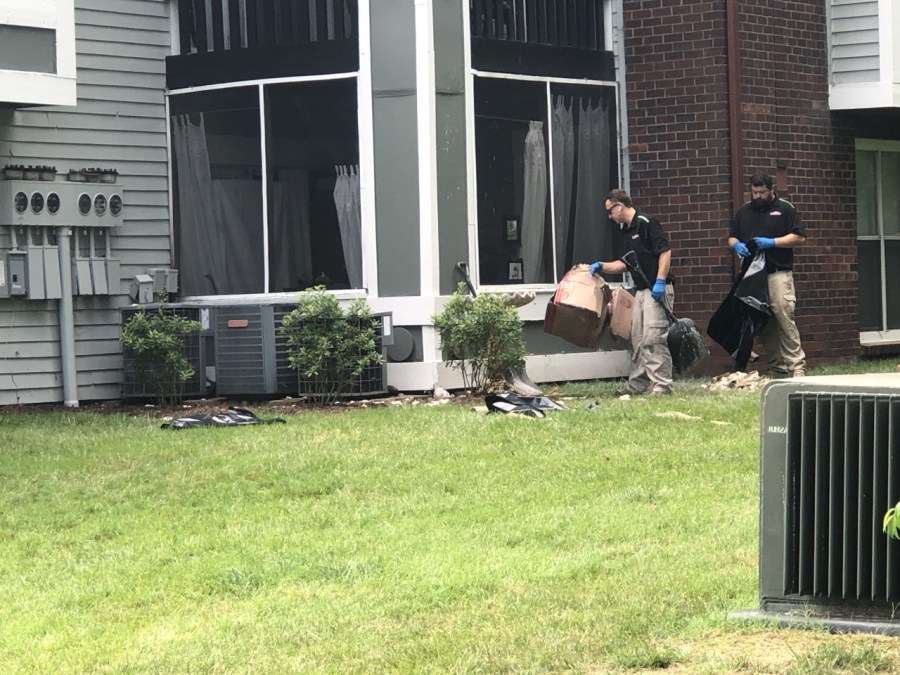 An exact cause has not yet been determined, but Chesterfield Fire has confirmed it was an accident.

According to the authorities, this is the second fire in the facility in the past six months. The first fire was in January in another building on Pavilion Place that was home to 17 people.

This is a developing story. Stay with 8News for updates.